GET TO KNOW: adidas Ultra Boost 19

Boost just got bigger. Taking the OG to new heights, adidas is about to release the Ultra Boost 19 – landing at JD 21.02.19.

Having only seen minor changes since it first dropped in 2015, the UB 2019 is set to switch things up. The new sneaker gives its predecessors a complete re-design! While changes from the Ultra Boost 1.0 to 4.0 were only tweaks to the knit upper, the 5.0 strips it all back, creating a new era of responsiveness…

The Story Behind the Sneaker

Searching for something game-changing, adidas wanted to “make running new again” by reinventing their best-selling sneak; the Ultra Boost. With this in mind, designers took the first generation of the trainer and completely pulled it apart.

They refined the original concept from 17 pieces down to just four key components; Boost tech, Torsion spring, Primeknit 360 and updated 3D heel framing. This let them see exactly where they could improve – taking the iconic runner up a level in order to create the most responsive running shoe ever made. 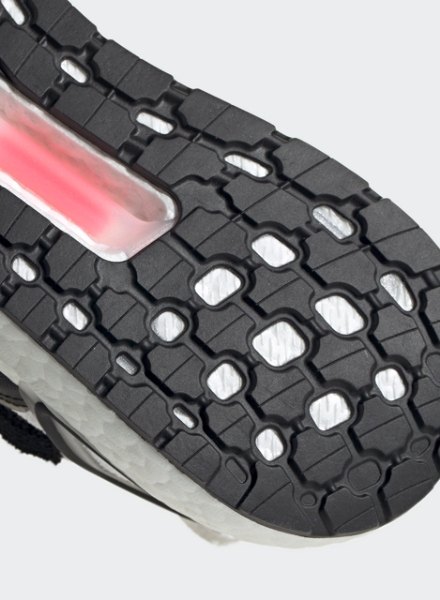 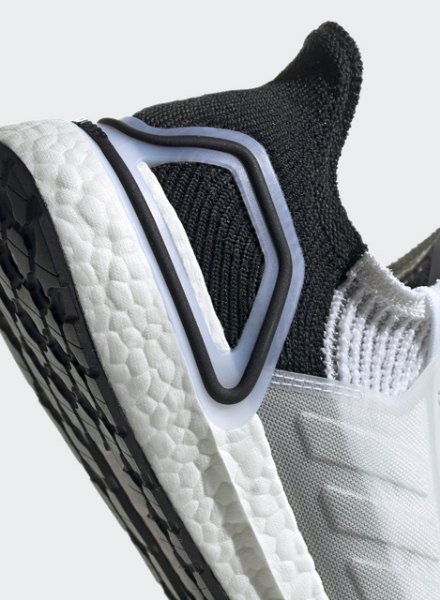 Designed to fit like a second skin, the Ultra Boost’s new upper makes use of adi’s latest Primeknit technology; Primeknit 360. Coming as a new chapter of Primeknit, this re-engineered fabric gives you support where you need it most. It’s flexible yet durable and is seamlessly woven together for an ultra-natural feel and comfy fit.

When Boost was revealed in 2013, it changed the game for athletes. Sitting as adi’s most responsive cushioning to date, the next Ultra Boost instalment sees Boost tech reach new heights. Lighter than ever, the UB 19 are equipped with a Boost midsole that’s equipped with 20% more boost capsules. Bigger Boost = better cushioning! 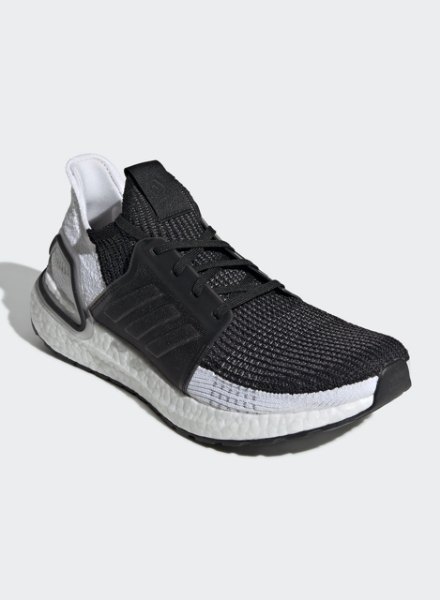 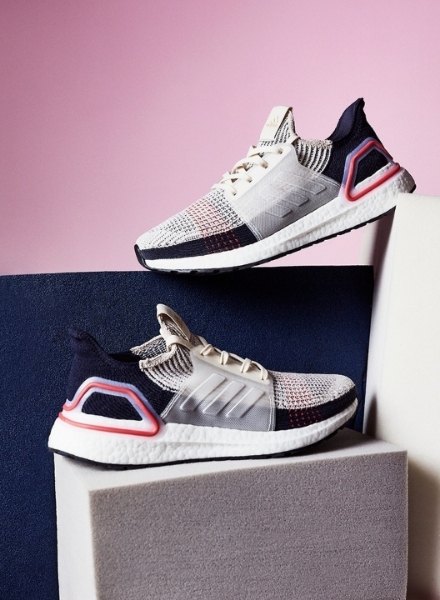 The next key feature adi re-evaluated was the Torsion bar. Unlike previous Torsion tech, the Ultra Boost 19 is created with longer blades, which they’ve dubbed Tuned Torsion Spring. In short, these trainers are ultra-flexible alllll the way from the midfoot to the forefoot!

They’re finished up with a re-tooled 3D Heel Frame. Acting as more of a frame than the solid overlay on previous Ultra Boost, this feature locks feet in place, without them feeling restrictive – ideal for runners or everyday comfort.